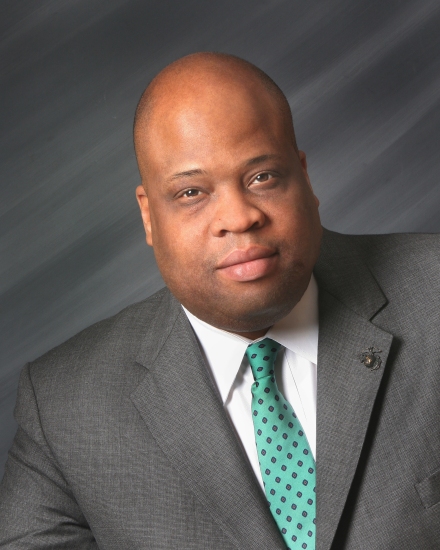 The Normalization of Poverty in Portland Oregon

Portland Friends and family, I’d like you to think about something I find important socially and culturally, and also distressing. It seems that the world is changing and in many ways for the worse; those changes are happening in Portland as well. Perhaps what some consider “the new world order “is slowly taking effect here, but with those changes are coming to some horrible consequences that are going to divide this country. Unless social justice fighters and city leaders do something to maintain the idea and the practice of social equity for all, we will all see a new Portland being ushered onto the stage of our town.

For the last several months I’ve been doing all I can to help people I know and people I come across when they need to locate a roommate so they can survive with a roof over their head. More and more people in Portland are losing their housing. There are families living in vehicles, being put under all kinds of stressors in their struggle to simply have a place they can call home, a roof over their heads, a place where they can stay warm and dry, away from the debilitating effects of the elements and the sickness and disease that come from living outside. There are women alone, who are being repeatedly sexually assaulted because they cannot find housing, or are being turned away from shelters that are filled to capacity, living alone and terrified of the dangers of the street.

With my full-time work, as a real estate broker and my busy life, I’ve not been able to help as many folks as I’d like to, in their efforts to find housing or a roommate, but I’ve helped quite a few and I’m proud of that. But the most distressing thing I’ve noticed while interacting with these folks is that there has been a new development happening in Portland and it’s frightening, to say the least. A new phenomenon is happening in the Rose City. House-less folks, in their desperation, to find a place to rest their heads, most of them who are also working people are offering to rent out homeowners backyards!

There’s a bidding war going on solely for spaces like this so that folks can pitch a tent and sleep outside! And landowners are taking advantage of it. They are taking advantage of the desperation of working people who cannot afford to rent an apartment in 2017 because with all the move-in fees they might need up to $3,000 or more dollars just to move in, let alone pay rent in Portland.   I’m seeing people offer anywhere between $100 to as much as $600 per month for the opportunity to pitch a tent in someone’s wet backyard. For $600 a month they get to sleep outside in the wet cold, with no access to a kitchen, or even a toilet. If they’re lucky, they might get a landowner willing to allow an extension cord for electricity in their tent, so that they might be able to operate a small space heater, a hot plate or perhaps even a computer. Sometimes these folks ask for that extension cord out to the tent and access to a toilet, but it is certainly not assured. Many of these folks don’t even ask for that. How they are going to use a restroom in order to relieve themselves while they’re in their tent or near their tent I have no idea but think of how dehumanizing that would be! Can you? Can you even imagine the sense of hopelessness, the despair and the complete lack of dignity in having to live like that, and in being taken advantage of by property owners willing to do that?

Is this what we want Portland to become known for?

The bottom line is we’re seeing a frightening trend happening right in “keep it weird” Portland; a town known for its supposed activism, dedication to social equity and bigheartedness. Property owners are ready, willing and able to exercise a form of extreme economic power and control never seen before in Portland. They are offering little more than a patch of dirt for a struggling person or couple, or family with children and even infants to pitch a tent and live outside in the freezing cold for the price of what used to get a family of four a two bedroom apartment!

Are you wondering why this matters? Are you wondering if this trend will impact you? Well, friends, as an expert in the housing and real estate market for nearly 35 years, I’ve learned a few things, and you should be thinking about it because the reality is, you’re only ONE paycheck away from living under a bridge, especially now in the harsh and uncaring climate we see in Portland, Oregon. What this trend shows with crystal clear clarity is that a person need not be the wealthiest person in the market to be able to compete against others, and use what little advantage they have to gain monetarily from someone else’s misfortune, bad luck or desperation.

A person who makes just a little bit more money than the next guy can offer someone a spot to pitch a tent in their backyard. I’ve even heard of stories of folks renting houses who are renting out the backyards. That is the same reality we are seeing with our housing market when it comes to rentals. It comes down to supply and demand and what people are willing to pay simply for space to live. With 75% of new housing developments being constructed consisting of only luxury housing, where does that leave the Portlanders who’ve lived here their whole lives, who may also be low income? Where does that leave people of color, the elderly, or those disabled folks who live on a fixed income?

But the end result is that this pattern I see will create a shifting set of values that will in time become acceptable. Renting out tiny houses, renting out backyards is the beginning of a social and cultural shift in this country where poverty is being normalized and acceptable. Do we want a city of two people? The poor living in tiny houses and tents, with the house living better, with heat, kitchens, bathrooms? Does Portland want to normalize the rise of elitism, by normalizing the kind of desperate poverty?

Do we want a tale of two cities?

From what I know, all Portland need is more HOUSING. And we have the money to develop it. We need more adequate housing for low-income folks. Not tiny houses, not tents in wet, cold backyards but actual HOUSING that is affordable and not inflated. But that means the leaders in Portland have to value these things and also acknowledge that there is something sinister happening in Portland. Its a slow insidious form of elitism and its impact will gain momentum if we don’t do something to stop it.

What do you want Portland to be known for? Do you think all Portlanders deserve housing? Do you think poor people should live outside? Do you think this new city of the haves and the have-nots should continue in Portland

when it could be averted?

I will lead the City of Portland in developing the type of Police Bureau that will reflect the values of the people of Portland.  We are one of the safest cities in the United States, and we can do better. ~ Fred Stewart

Fifty years ago, our grandparents came together to decide how the Portland Police Bureau would change and develop over time. They epitomized civic engagement through their involvement with numerous agencies in our city and their governance. The decisions that they made affect us today because they shaped the attitudes and policies of the Portland Police Bureau and its response to changes in technology, society, and Portland’s cultural landscape. These decisions have helped us make real improvements to our police force, but some of the policies and practices that they developed half a century ago are outdated and simply do not work.

Today we stand in a similar place where our grandparents stood some fifty years ago. We are trying to design a police force of the future and are working to improve the decision-making process that will impact the lives and liberty of our children and our grandchildren. The choice we have before us is between a humane, socially-engaged, and responsive police force that respects citizens as it protects and serves them, and a militarized, high-tech, “Robocop” police force that might protect us, but also threatens some of the liberties we all enjoy.

What will the police force of the 2060s look like in Portland? That is the question we must answer. Our answers to this difficult question and the changes we make as a result will have a serious impact on the lives of our descendants. We owe it to them, to the people who will inherit Portland, and, of course, to ourselves, to make these decisions carefully and in an inclusive, democratic manner. These decisions must live up to the principles of self-government and liberty that were handed down by our Founding Fathers and defended by our grandparents–principles that will preserve a finer way of life for our grandchildren, and for their children as well.

That is why I propose a Police Visioning Committee made up of community leaders, business leaders, and retired police officers to help us answer the important questions that face the Police Bureau. This Police Visioning Committee will brainstorm ideas and methods that will help ensure a police force that respects and protects citizens and upholds the people’s civil rights, civil liberties, and the rule of law.

Some of the questions that must be answered by this committee include:

Deciding how our Police Bureau needs to change and evolve will not be an easy process because there are so many important dynamics to consider. Some police methods are time-honored, highly effective, and should not change, while other police methods and training procedures should be examined with new eyes, in hopes of updating them.

It was not easy, to develop and sustain good leadership for the Portland Police Bureau when it was established in the 1870s, and it was not easy in the 1930s when advances in technology and changes in society required that Portland leaders once again reform the Bureau’s practices. It was not easy when changes were instituted in the tumultuous 1960s, in response to all the political and social unrest and civil rights reforms that transformed our country. The changes that resulted from that formative era shape the Portland Police Bureau of today.

We cannot shirk our responsibility to overhaul the Police Bureau simply because it is not easy. Instead, we must make these decisions together with all citizens who hold a stake in the future of Portland.  This is what the Police Visioning Committee needs to address, for the betterment of all Portland citizens, here and in the future.

I urge all Portlanders who genuinely care about our city to support and participate in this process. As we make the decisions and lay the groundwork to provide our descendants with a Police Bureau that is humane, diverse, effective, and committed to a peaceful, prosperous and democratic Portland, we need community involvement and engagement to make that actually happen.

Portland needs a Police Bureau that will uphold the ideals of American policing: to protect and serve, while creating and maintaining positive relationships with community members of all races, all classes and from all parts of the city. My goal is that twenty five years from today, all Portlanders will consider the Portland Police Bureau the best police force the city has ever had, and celebrate its engaged, committed, and friendly officers who genuinely care for all Portland’s people.